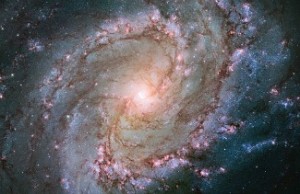 God is big and vast, but how reachable is He?

How involved in our lives when it comes to actual situations—–as opposed to the overall big picture?

I read in a parenting book one time: You get what you focus on.

What we believe to be true influences our speech, body language and interactions with others.

The belief system that our behaviors spring from lie down in our unconscious. And we need the Holy Spirit’s spot light to reveal the beliefs that are opposed to His truth.

I had one revealed to me last night.

Our son was supposed to be home at ten pm. When he didn’t show, I called him. He asked if he could finish up a project and be home at eleven. I said no.

Then the mental gymnastics began (i.e. fear and control warming themselves up). Would he obey? Would things go downhill between us because I said no? Will this disrupt the progress we’ve made?

When the time came that I reasoned he should be arriving home, my fingers were itching to dial his cell phone. But I overrode fear and control (momentous victory) and decided to journal with God.

I wrote: Anything I need to know about my son?

God’s reply: I’ve got him. Don’t call. You don’t want a power struggle. Let me work with him on this.

I heard my son’s pickup pull into the driveway at that moment (still within a reasonable time frame) and God said, “Go reward him!” So I did, with a big hug and lots of praise.

But the part that floored me was when God said, “Let me work with him on this.”

It rocked my little belief system to the surface where I got an up close and personal view of it.

My mind would have said, “I believe God can do anything and He works on my behalf all the time.” That would be my conscious belief system talking, the one I assumed was down in my basement.

But the shock I experienced when God said that to me made me aware that I didn’t truly believe it.

So what did I believe?

That I have to fix broken situations (heavy emphasis on the “I”). I have to be in control. I have to make sure the kids obey and I need to stay on top of their behavior so they don’t get away with anything.

So what fuels this wrong belief system? Fear. That lying voice that says I have to be in charge or things won’t turn out well.

And what can I do to change it? So the wrong belief system gets uprooted and a healthy, truth-filled one takes its place?

Repent. Turn away and get washed and cleansed by the life-giving blood of Jesus.

When God highlights an area of my life (like He did in my journaling with Him), I feel such love and acceptance from Him that I want to repent. I want to be like Him. Free. 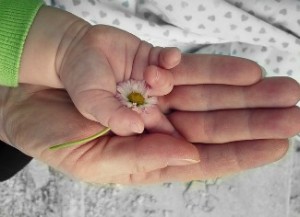 I want to live trusting the One who has my back.

There was no sense of punishment or disapproval pushing me to right my wrong. I didn’t even know I believed that way until He showed me, so why would I be in trouble for my ignorance?

Repentance means to turn around 180 degrees, in mind and heart, from what you were embracing to God’s truth.

It’s the opposite of groveling and penance (self-punishment). It’s freedom (Gal. 5:1).

Father, show me where I don’t trust You. Where I don’t believe You have my back. Reveal to me Your power and Your love that are specifically for me and my family and my circumstances. I love you. Thank you. In Jesus’ name, amen.

One Response to “What Sneaks Into Our Basements”