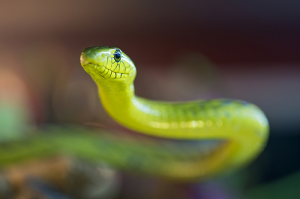 For humanity, that’s where it started.

The word says the serpent was more crafty that any beast of the field (Gen. 3:1). That hasn’t changed. We still have the same adversary who schemes and crafts plans against us (Eph. 6:11). The junk he plants into our lives isn’t random, but rather, purposeful. Destructive.

When a general is at war, he sets up a round table with his smartest tacticians who cook up plots and schemes to take down his enemy. We are satan’s enemy.

Strategically orchestrated plans have been formed against us. Some of you may feel the hair lifting on the back of your neck as fear whispers to leave this blog. Sometimes it’s easier to ignore what we don’t understand.

We are in an unseen battle. Whether we see it or not doesn’t make it any less real.

What satan doesn’t want you to know is he’s already been defeated. At the cross. By Jesus, our big brother and hero. We also have a manual for war and life called the Bible. But if you don’t know the Author it won’t be much more than words on a page. He’s the key to everything. And He’s extremely generous with His love and affection which empower the weapons and tools He’s given us to defeat the enemy and help free our brothers and sisters-in-arms. 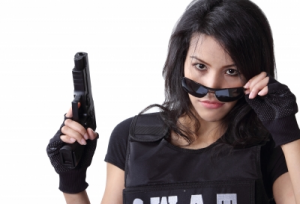 The weapons of our warfare are not physical just as our enemy is not physical (2 Cor. 10:4). Our enemy is never a spouse, a child, a co-worker or that guy that cut us off in traffic (Eph 6:12). Our true enemy, the one who hates our guts and uses our spouse, child, and co-worker against us, while operating from an unseen realm, is satan. The accuser, the liar, the deceiver. The one who comes to steal, kill and destroy (John 10:10).

First, perfect love casts out (all) fear (I John 4:18). When you know how deeply loved you are and how powerful the One who loves you is . . . there is NOTHING to fear.

At the cross, Jesus took back the keys of authority that satan stole in the Garden of Eden when he deceived Eve and she ate the forbidden fruit. The fruit that caused death. Death of her spirit.

Who did God blame for her choice? Adam? Nope. Eve? Nope.

He blamed satan and cursed him. The Lord God said to the serpent, “Because you have done this, cursed are you…” (Gen 3:14)

If you read the story carefully you’ll see that God didn’t once blame Adam and Eve or curse them. The serpent was cursed. The ground was cursed. And Adam and Even had to live with their destructive choice and all the resulting consequences.

An interesting little side note here: Deut. 21:23 states that cursed is any man who is hung on a tree. Jesus became the curse for us (Gal 3:13). Instead of cursing Adam and Eve (and all mankind), He cursed himself.

Life would become very difficult for Adam and Eve because they walked out of God’s grace. After they ate the fruit, the first blood sacrifice was recorded when God killed an animal to make clothes to cover them-—just as their sin was covered by this animal sacrifice. God also set a plan in motion to restore their intimacy with Him (Gen. 3:15). He also, sadly, made them leave the garden He’d designed for them. Out of love He made them leave, so they wouldn’t eat from the tree of life and live forever in spiritual death, separated from Him. ‘Cause you know they would have taken another bite.

God wasn’t mad at them. He was heartbroken. Intimacy had been destroyed. Their spirits died just as He said they would (Gen. 2:17, Eph. 2:1). No man was spiritually alive again until Jesus paid that horrible price for us to live.

When you know how deeply you are loved, you will go after your lover. One woman walking in her identity, connected to Jesus wreaks havoc on satan’s kingdom.

There are many weapons God has equipped His people with, but too many of us don’t know we are at war.

We’ve grown soft with the daily grind of life. Not realizing the hopelessness, despair, anger, strife and resentments are all birthed in the enemy’s camp. Strategies and plans crafted to destroy our families, our marriages, our children’s lives.

We need to realize we have an enemy that plots against us daily. But we have One who stands with us and who hasn’t given us a spirit of fear, but one of power, love and a sound mind (2 Tim 1:7). We need to get close to the One who loves us and has designed us to be more than conquerors of an enemy who has already been defeated (Rom. 8:37).

In what area (i.e. peace, health, family, finances…) has the enemy gone after you lately?

Western green mamba by Tambako The Jaguar via StockPholio.com

S.W.A.T. woman by Pong via FreeDigitalPhotos.net