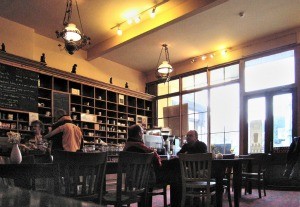 How do we get past our fears to love people?

The other day I walked into a business I frequent and waited near another woman. God asked me to tell her that He loved her.

I said, “No, not here, Lord. Not in this place where I come so often.”

God has asked me to deliver messages to people before and usually they are received well, but occasionally they aren’t. And it’s okay when they aren’t, but I didn’t want this to be one of those not so wonderful times and then have to see this person repeatedly in the future (or anyone else she shared our encounter with).

So I walked away.

A couple years ago, I was in a season when God asked me to give people messages all the time. It was the hardest thing ever.  I would be out on a run and pass someone and He would ask me to go back and tell them He loved them. I’d grit my teeth, turn around and go back—–heart pounding.

But nearly every time the person would be so grateful and share how badly they needed it. That part was awesome…but gathering the courage to deliver the next message was still challenging.

So one day I asked God why He wanted me to do this, as it was so painfully difficult to approach a stranger and deliver His love messages.

He said it’s like someone saying, “Hey, isn’t the sky incredibly blue today?” Suddenly, what has always been around us (or above us) becomes apparent. He explained that it is that way with telling people He loves them. When I share, they become open to hearing Him in other ways.

I began walking through our city for about an hour each day, fear completely gone, and delivering these love messages that people so desperately soaked up—-until the messages became more detailed and specific. Fear of rejection started hounding me and it became harder and harder to make myself deliver the word God had for them, until I just stopped taking my Jesus walks.

And stopped listening to God when I was in public, because I was scared He’d give me a message. I didn’t want to feel that fear or disappoint Him.

But recently I was prayed over for that fear to be broken off. And several days later, when I was in that business I frequent, He asked me to tell that woman He loved her. And when I walked away, He started speaking to me. Previously, my focus was on being obedient and being brave. I didn’t want to let God down.

But He said, “What if this isn’t about your obedience or your bravery, but about something she needs?”

It finally dawned that this wasn’t about me. 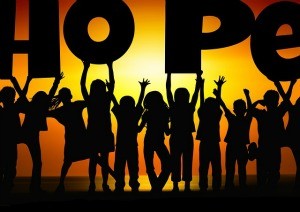 So I stopped and waited for the woman to come down the hall. I told her that I felt God wanted her to know that He loves her so much. She grew very still, then slowly reached out and hugged me. When she drew back, she had tears in her eyes and quietly thanked me.

I was so honored to be a part of that moment.

Pastor Shawn Bolz recently said, “When you worry about your reputation, you’ll never see the kingdom.”

Father, I want to see the kingdom come. I want to be used to bring Your kingdom to others, whether it’s through a smile or holding the door at the grocery store. Let me be an emissary of Your love and grace to lost and hurting people. Infuse me with Your bravery and courage, and let others see You in me. In Jesus’ name, amen.