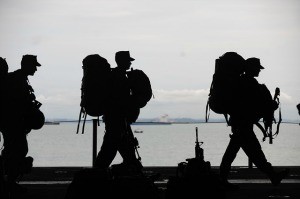 Kris Vallotton says that it’s easy to die for someone. That’s a one-time decision. It’s the living for someone that is hard.

Those are a multitude of big and small choices. Daily. Making dinner. Feeding the dog. Taking out the trash.

Sacrifices of time, energy and attitude.

Why attitude, you ask?

Because living for others doesn’t have comparison wrapped into it. Or complaining. We don’t get to see how much better or worse our service is than someone else’s.

Truly living for others is an elevated attitude that reaches for love. It’s not so much a sacrifice for others as it is sacrificing all the parts of ourselves that don’t want to die to self.

Mat had an emergency appendectomy in the wee hours of Saturday morning. It was ten pm and he wasn’t feeling well. The flu had been going around, so we both assumed he was coming down with that. I was E-X-H-A-U-S-T-E-D and so ready to lay my head on the pillow when he wondered aloud if it could possibly be his appendix.

Internally, I was ordering his body to behave so we could go to bed. Externally, I made the phone call to a nurse friend who ran us through some tests and told us to go to the emergency room.

My exhausted self wondered if he could drive himself even as I climbed behind the wheel and motored to the ER.

A series of tests and scans resulted in the appendicitis diagnosis. He nodded off on the hospital bed I looked at with envy, while my sweet daughter and I waited and waited and waited until they finally put him under just after 3am. Two hours later, my bleary-eyed self climbed into the car and drove home, while my daughter chose to sleep in her dad’s hospital room.

She stayed with him, fluffing his pillows and fixing his covers for the next two days. She epitomized sacrifice.

When I asked her about it, she said she just did what she would have wanted in his place. And she did it with love.

I tend to want the pampering and complain over the nursing. Is it a sacrifice when we do it begrudgingly?

So often we “serve” out of a sense of obligation or resentment. We fill in where no one else will. But we don’t jump in with our hearts. We drag our feet and cast resentful glances, muttering under our breath. And occasionally shut a cupboard door a tad loudly, just to make sure someone notices.

When we look outward and attribute motive to someone else’s behavior or lack of it, our love starts to shrivel.

How can he just sit there when I’m in here slaving away?

How come no one else takes the trash out?

Why am I always the one feeding the dog? 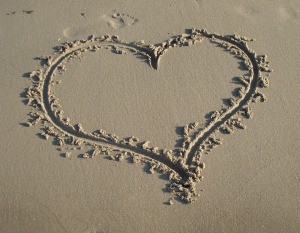 Sometimes it is selfishness in other people. Sometimes it’s their lack of awareness. And sometimes it’s our inability to ask for help—–assuming a lack of care in others if they don’t see our effort and jump in to help out.

What if we traded in attitude for love?

What if we stopped focusing on the couch potatoes with their smelly socks and worn out remote controls and looked inward where Holy Spirit is waiting for us to tune into Him?

To use that time to talk to Him. To pray for the ones we’re serving. Almost every time I throw a load in the washing machine, I thank God for its invention and the kids that make it necessary. (And I’m so grateful to live in an era with appliances that do my job for me.)

What if we chose to kick resentment to the curb and practiced enlarging our hearts?

Jesus, I repent for my complaining and grumbling. I want to love well and choose to serve from that love. Teach me to find You when I doing the work I have resented. Show me how to find joy with You in serving others. Teach me how to love with my actions, wrapping others in prayer as I serve them. In Jesus’ name, amen.

Inscription on the Sand 1 via freeimages.com