We are in a battle that much of the body of believers ignores, or doesn’t understand.

If Paul tells us that our battle isn’t against flesh and blood, but against principalities and rulers in the heavenly realm, what does that mean to us (Eph. 6:12)?

If we could see the enemy physically and in action, we’d find it much easier to believe those thoughts of judgment, jealousy, lust, pride or self-condemnation didn’t originate with us.

Those thoughts were whispered into our ears by a demonic entity (I peter 5:8).

If we saw the enemy for who he is and what he truly does in our lives, wouldn’t we stand up and fight back?

Instead of berating ourselves for wrong thinking or perverse thoughts, we’d pull out our sword and run the devil through (Eph. 6:11-13). We’d make him think twice about trying to deceive us again.

But since we can’t see him, it makes his job much easier when we ignore him and beat ourselves up for poor thoughts and poor choices–—that he planted in our minds.

Then we become trapped on a path we unknowingly let him lead us down, and shame becomes our bedfellow.

There is SO much in the Bible that teaches us how to take our enemy down. To disarm him in our lives.

You want to take a whack at it?

Right now, I’m on a negativity fast. No, not choosing to get negative fast (that’s what dear hubby thought when I explained it to him). But becoming aware of my thoughts and choosing not to think negatively.

It’s hard. Or at least harder than I thought it would be.

It’s a great exercise in becoming alert to what is going on in our minds. What we let come out of our mouths. Most of us tend to be tremendously more negative than positive.

Complaining can be so much more fun and gratifying (because we get to be a victim for a moment) than looking for the best in others or the situation we are in. Like the meal that was served to us lukewarm, or, um, with a hair in it.

But negative thoughts are attached to negative emotions. Nice little two-for-one freebie from the enemy. Perhaps we need to listen to how we feel when we start tearing someone apart, either in our minds or with our BFF who is nodding and supporting every critical comment steam rolling out of our mouths.

But I also feel kind of crappy. Like my soul is just a wee bit slimed by all that negativity. Or a lot.

We were at the fireworks the other night and I was grumbling because so much time was elapsing between bursts of colorful explosions. (I didn’t realize the official fireworks hadn’t started yet. There were a few, ahem, illegal ones going off that were as amazing as the sanctioned ones).

And then the real fireworks started, and they were shooting off BAM, BAM, BAM.

I started complaining because I couldn’t really enjoy them. I wanted to savor each explosion until it died away and another began. But these were fireworks on steroids. Before one fully blossomed in the sky, another would be exploding in the middle of it. One after another.

And I didn’t like it. But I caught myself being negative (probably due to the gentle prodding coming from Holy Spirit).

So I started telling Mat, laying beside me on the roof of our suburban, how beautiful the fireworks were (okay, I might have been a little bit sarcastic; can’t always switch on a dime). But as I started speaking positive things about the fireworks, the sarcasm melted away and I realized I liked how I felt being positive instead of focusing (and feeling the yucky emotions) of the negative.

And then, the coolest thing happened. God spoke to me and said, “My works are going to be like these fireworks. Increasing so much that people will barely absorb the last thing I did before the next one happens.”

I had positioned myself to hear, because I chose to speak and think positively.

The Power of Words

Death and life are in the power of the tongue. What does that really mean for us? I mean, really?

How much of our bad moods, the tension in our relationships, the back ache or neck ache we try to massage away originates from the thoughts we let bloom into words that stream from our mouths? Poisoning the air around us.

I noticed early in our marriage that my friends that complained about their husbands impacted the way I looked at Mat. And if I jumped in and voiced my own complaints (I didn’t want them to be alone in their misery), those little weeds started growing in the garden of our marriage.

When I started hanging out with some women who actually liked their husbands, it was also infectious. I spoke highly of Mat. Which made me look at him through a grid of admiration and love. I didn’t have to take a magnifying glass to his faults, but could love him through them. Just as he did with me.

Fruit From Our Words 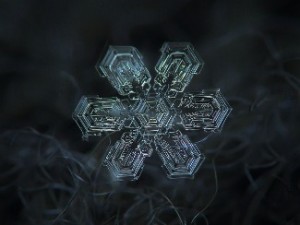 Death and life are in the power of the tongue, and those who love it will eat its fruits (Prov. 18:21). Notice it’s plural fruits. More than one.

There are massive benefits from speaking life about ourselves and our situations and others. Speaking life actually makes us feel better.

And we don’t have to look hard to see the fruit that comes from speaking negativity. Tensions, unhappiness, and illnesses can all be rooted in what we choose to focus on and speak.

Did you know humans are 70% water? What we think and what we speak has a profound impact on us and others. Our words can create life or death in the atmosphere around us and in our bodies themselves.

One of the tools to defeat the enemy is to practice speaking life. Speaking positive words. As I said, we PRACTICE this. We are not perfect. That’s what’s so cool about what Jesus did for us. He paid for the sin, so we get to practice the freedom he sacrificed to give us.

Each small step we practice, gets us closer to having a thought life and a tongue that speaks life.

Holy Spirit, You have said there is no condemnation for me (Rom. 8:1). You aren’t upset with me over what I think. I don’t have to hide from You anymore. Teach me how safe I am in You and how loved I am by You. Make me aware of my negative thoughts and how to replace them with truth and the life that originates in You. I want to impact the atmosphere around me and bring life into my home, my relationships and my job. Teach me Your ways. Help me to retrain my thinking and my tongue. Thank you that You want to have fun with me in this process. You get a kick out of my bobbles and goof-ups, like a good dad watching over his toddler. When I get afraid of doing it wrong for You, You just hug me and tell me it’s going to be okay. And then you grin, smiling deeply into my eyes. Thank you. In Jesus’ name, amen.

Fireworks Photo by Pixabay Water Crystal Photo by Alexey Klljatov via Flickr.com – no changes made