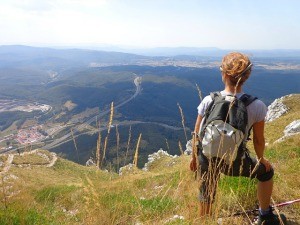 How do we walk free from performance when it’s deeply embedded in our thinking?

I went for a hike today. First one by myself. Emotions were billowing in me and I needed someplace quiet where I could let those emotions loose if needed.

And I didn’t want to be that weird woman crying on the bike path.

Fortunately, we have some wonderful ranching friends who let me borrow their back forty.

The issue was one I tend to cycle back to. I am a person who craves order, but when that bleeds into my relationship with God, my thinking can get  a little discombobulated.

Sometimes I’ll have an amazing time with Him. I get so filled with His presence that joy is practically exploding from my atoms. And then my brain trips into, “This is how I get into His presence.”

So the next day I’ll attempt to replicate it exactly. After two or three days, it doesn’t work. Then I’m trying to figure out what I did wrong and what I need to do to fix it.

Because in some dark corner of my brain there has resided a belief system that if I don’t put Him first, then He won’t be with me when I need Him. I’ll be on my own and just winging it through life’s difficulty’s.

With His sympathy and care, of course. But not His tangible presence and power. All because I didn’t “do it right.”

And the bummer part? I’ve been on this crazy hamster wheel trying to figure out what that “it” is. What didn’t I do right? What am I supposed to do so that I’m filled with His tangible presence?

So as I’m hiking up through the sage brush and watching the cows graze, I was asking God what the heck was going on with me. For the last week, I’d been feeling like something in me was being squeezed to the surface. Like an ugly pimple that needed popping.

And this something was the ugly belief system that I thought had been kicked to the curb. But apparently there were vestiges of it operating that I hadn’t recognized.

As I clambered over rocks, God said, “Be still, daughter.” And I knew He wasn’t telling me to be silent, but rather to stop trying to figure out it. He showed me that I was trying to work through the issue. Trying to understand what the root issue was. He didn’t need me to.

He wanted me to lean into Him. To rest in His arms. Like my sis-in-law said, to ride the lazy river around the water park. You relax and it takes you on a journey, no effort required. 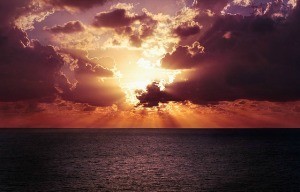 In talking to my ranching friend after the hike, I picked up another nugget. I am a person of ritual and order. I’m wired that way. But if my ritual is compulsory and about pleasing Him rather than just being with Him, that’s performance.

My “ritual” may look the same whether I’m performing or walking in freedom. The difference between the two is freedom is rooted in me wanting to spend time with my Father, not performing a ritual to please Him.

It’s about enjoying the time I spend with Him, just for the reward of getting to know Him better.

Father, show me the areas where I operate out of fear of not pleasing You. Remind me that I’m invited into Your presence because You desire relationship with me as much as I do with you. Teach me how to be gentle with myself and reveal the lies I’ve gotten sucked into. Show me how to walk in freedom in Your kingdom. In Jesus’ name, amen.

One Response to “Finding Our Way”