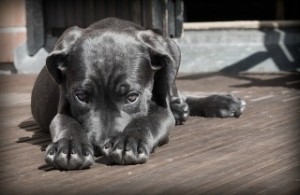 Can God be in the presence of sin?

When my kids were young  I taught them that He couldn’t. I believed it and wanted to encourage them to move toward sinless behavior. Or at least try their hardest to get close.

You know, “God’s not with you, so you might want to repent quickly.”

Fear is such an ugly thing to motivate people with.

In a recent discussion, my daughter, Brie, put into words what I’ve come to know but hadn’t clarified in my thoughts. She mentioned that God couldn’t be around sin. I replied that since Jesus died, God can now be around sin. She said, “No, He still can’t. He’s just dealt with it.”

My light bulb went on. When Jesus died in my place and your place on the cross, the thick curtain in the temple that separated God’s presence from people split down the middle. God was making it clear that His presence was now free to be among the people of the world.

Did the curtain split because God could now be in the presence of evil and sin? After all, the majority of the world still embraced their sin rather than Jesus. Had God lessened His standards through Jesus?

But people still need to accept the gift in order to spend eternity with God.

Do we treat non-believers as pre-Christians? Or do we want them to clean up their act—–at least the major stuff–—before they come to Jesus?

I wonder if we look at people mired in gambling addiction, pornography, drugs, sexual sins, gender confusion, assault and abuse the same way Jesus does?

I think we tend to feel a little disgusted that people don’t make better choices. We trip into a little bit of judgment. Or a whole lot.

How did Jesus treat the woman at the well (she’d had five husbands and was living with a new guy)? Did He fold His hands in front of His robe and solemnly (with love, of course) tell her to stop living in sexual sin?

Is that the Jesus of the Bible?

Sometimes we treat ourselves (and others) as if Jesus points a condemning finger.

He seemed to talk to her about everything except her sin. She dropped her water pot and ran back to town and brought all the townspeople out to Him. After an encounter with Jesus, she had no shame. She had hope
(John 4:7-42).

Have you noticed how kind and loving Jesus’ interactions were with the people who needed Him the most? The lost, the sin-filled, the raging demoniacs. All the riff-raff. Those thrown away by the religious were the ones Jesus touched.

That may be you and it may be me.

We may look like we have it all together, but on the inside we might be the lost and lonely. Desperately in need of His loving touch.

He will never turn you away.